Dirty secrets of the Ontario Liberals’ wind power scam: What you need to know from DownWind, the Sun News documentary 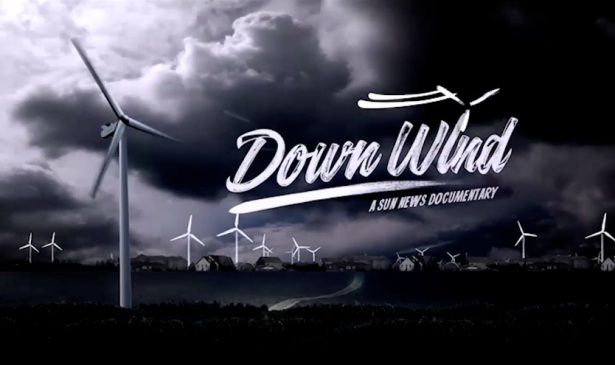 THE SYSTEM IS RIGGED AGAINST WIND TURBINE VICTIMS

WIND POWER IS FAR FROM CLEAN

THE LIBERALS HAVE USED JUNK SCIENCE TO MISLEAD THE PUBLIC

BILLIONS OF YOUR DOLLARS WASTED ON LIBERAL BOONDOGGLES

THE LIBERALS FAILED TO PERFORM DUE DILIGENCE, OR UPHOLD THEIR FIDUCIARY DUTY

FEAR AND COWARDICE – INDUSTRY INSIDERS ARE AFRAID TO SPEAK OUT

There is much, much more to learn and be alarmed and outraged about in this documentary film, which runs 1 hour, 36 minutes and may be purchased for $9.99 and downloaded.

THE LIBERALS “HAVE GOT TOO MUCH INVESTED TO ADMIT THE ERROR”

In the upcoming Ontario election on June 12, any vote for the Liberals would appear to be one in favour of propping up a government that has proven itself to be working to enrich its cronies with the province’s treasure, not one that is interested in the welfare of the people it is mandated to serve, or in nurturing the economic health of the province.

There will be blood on the ground: permission to kill and do serious, irreversible harm

An Ontario Divisional Court overturned last year’s decision by the Ontario Environmental Review Tribunal that stopped the construction of nine industrial wind turbines that would despoil the environmentally sensitive Ostrander Point, situated on provincially-owned Crown land in Prince Edward County. Last year, the Tribunal had revoked the approval, given by the Ministry of the Environment (MOE) in December 2012, on the basis that the Blanding’s turtle would suffer serious and irreversible harm if the development went ahead.

The MOE joined the project proponent, Gilead Power, in an appeal of the Tribunal’s ruling to the Ontario Divisional Court. “Three lawyers from the Ministry of Environment and the Attorney General’s office argued that their own MOE-appointed panel had erred,” said the Wellington Times.

With the Divisional Court’s decision on February 20, 2014, Gilead Power Corporation is presumably once again entitled, according to the permit it was originally granted on July 23, 2012 by the Ontario Ministry of Natural Resources (MNR) under the Endangered Species Act, 2007 (ESA), “to ‘damage and destroy the habitat of Eastern Whip-poor-will’, as well as to ‘kill, harm, harass, capture, possess and transport’ both Blanding‟s turtle and Whip-poor-will, resulting from the development and operation of the Project” (from the Tribunal’s ruling, see Alliance to Protect Prince Edward County v. July 3, 2013).

Permits to kill, harm, harass, capture, possess and transport a species at risk or to damage and destroy its habitat are no longer issued to industrial wind turbine developers, but not for the reasons you may think.

Seven months ago the Ontario government almost completely undid its leash on the marauding weasels of wind. It gave up its power to monitor and regulate what the industrial wind turbine developers do to wildlife and the environment, making it even easier for the wind companies to do their dirty work, and harder than ever for concerned citizens and communities to assert their rights. New regulations granting more special rights to wind companies state in part:

On July 1, 2013, a series of regulatory amendments came into force creating broad exemptions from the ESA’s requirements to obtain a permit or agreement prior to harming a species at risk or its habitat. Instead of requiring permits or agreements, the Ministry of Natural Resources (MNR) now allows companies to follow rules set out in regulation. This is generally called a permit-by-rule system.

Under the amended regulation, eligible proponents are automatically given an exemption provided they follow the prescribed rules. MNR has given up its power to say “no” to any project, regardless of the ecological importance of the area or the possibility there will be damaging cumulative impacts on the species at risk or its habitat.

Although proponents are generally required to document the measures they will take to minimize “adverse effects” on species, proponents almost never have to submit the documentation to MNR. MNR will therefore have no ability to know whether the permit-by-rule system is actually protecting species at risk.

The government’s own Environmental Commissioner has stated:

“By eliminating the permit process, the Ministry of Natural Resources (MNR) has shed its ability to say ‘no’ to a proposed activity, no matter how harmful it may be to an imperilled species,” says Commissioner Miller. “And since proponents don’t have to file any monitoring reports with the ministry, MNR will be blind to the effectiveness of its new rules.”

The Ontario Liberal government is wilfully enabling the destruction of the environment (not to mention people’s health, communities, property values, quality of life) for a fake-green technology that has proven to be useless and has already wasted billions of dollars. It’s enough to make you scream at the insanity, the government’s dereliction of fiduciary duty to the people, and the perversion of democracy in Ontario.